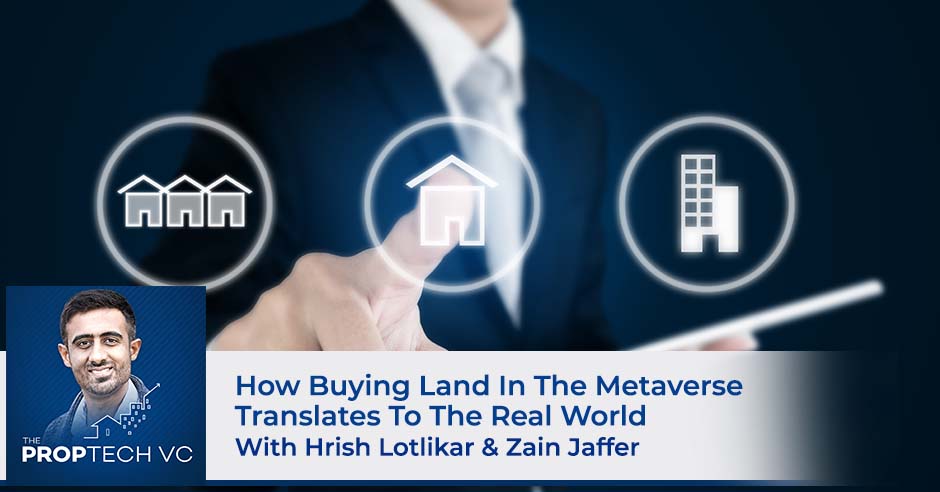 Metaverse, a parallel online universe, is causing quite the stir in the world of business and investment. This episode explores how buying land in Metaverse can translate to real-world benefits and sound returns on investment.

The SuperWorld virtual real estate platform is mapped over the entire surface of the globe, allowing users to purchase —literally—any place on Earth. From skyscrapers and stadiums to historical monuments and iconic structures, including wonders of the natural world, when you step into SuperWorld, you’ll truly make a world of your own.

Interestingly, you have mapped it to the physical world. A lot of the analogies I have heard about the metaverse, which I don't agree with, is that it's like buying a piece of Manhattan many years ago. The problem is there can be many metaverses, and the DAO or the Decentralized Autonomous Organization could decide for that metaverse to issue you new plots of land. That can happen. In your case, buying a plot of Manhattan is like buying a part of Manhattan because there's only a finite amount of space in buying up a plot in the Sahara Desert. It is exactly what it feels like. It's pegged to the real estate.

Every plot of land in the SuperWorld is mapped longitudinally, latitudinally blocked on top of the real world, and there are 64.8 billion of those plots. If you have one, now you own it and can reprice it. It's an NFT. You can sell it or you can keep it. If you keep it again, you are a key stakeholder in that area. You are able to share in the monetization that occurs there. You are able to build and create content anywhere. When you own the land, you become a key stakeholder in those locations.

I’m eager to dive into how one owns the land, especially a digital representation of real land. Before we go on to that, certain companies are interesting when they create a whole platform with an ecosystem. Google Maps is an ecosystem too. You don't just use Google Maps to zoom in and zoom out and see how things look. You can search within that environment. You can click on a business or a restaurant and open up a page.

You can interact with that restaurant in a real-world setting by booking a reservation or by calling them. What does that mean when it comes to what you are doing in SuperWorld? If you are representing the real world in a digital environment, how does that linkage happen? If you use the Google Maps analogy, is there a platform play here?

The idea is that if we are moving to this immersive environment and that environment occupies real-world space, and we are enabling you to do analog activities and receive virtual feedback or benefits from doing those activities, tokenization is one way of getting that feedback because you receive crypto back to live to earn. You are doing activities that you love and earning crypto, similar to the play or an analogy.

Also, could you go to a concert and get an NFT as proof of participation or as an accessory to some kind of memorabilia or collectible from attending that concert that's virtual? In other words, can you do physical things in the real world and receive these virtual benefits or feedback mechanisms and then vice versa? Can you do something virtual like buying an NFT and get access to something physical or own something?

In SuperWorld, you can create content anywhere. But when you own the land, you become a key stakeholder in those locations.

Buying NFT and owners are real property, which is already happening or we did an NFT sale where the buyer of the NFT gets a lifetime membership to a luxury club called Custom House in New York and LA. We did a 3D SuperYacht in the Monaco Yacht Show, where you buy the SuperYacht and get access to Monaco Yacht Show and other benefits.

What we are trying to do is create and experiment with this virtual-physical or physical-virtual linkage and add tokenomics to that. It’s because we occupied real-world space in a geospatial environment, with an infinite number of filters on the world, my world, your world, Coca-Cola's world, Nike's world, Douglas Elliman’s world, PropTech, all of these things that are happening and enabled there.

Those linkages are very important because I could be somewhere physically and participate with that virtual content that's around me or maybe I can't make it to the event, the vacation or something. I can potentially see that content in VR, see that content placed somewhere in AR in my environment wherever I am or go to a WebGL environment with an avatar and do all kinds of things.

We are all about at SuperWorld as one. We are software agnostic. However you want to access this content in any one of those environments, we want to provide that to you. We are hardware agnostic. If you want to be on a laptop, mobile phone, glasses or a headset, we want to provide all those things later. There will be haptic suits where you can sit back and get a massage wherever you are.

Blockchain interoperability is a very important aspect of this too. In Web3, you are owning these environments but you are also owning the assets that are being produced in these environments, whether that asset is an NFT that gets you a real house or you are buying the real house itself. Also, doing something physical, getting that virtual feedback, and owning both of those things.

What do you think about our identity in the metaverse? There are two extreme inspections when you think about how people engage online. One is to put your real name with your real photo, and it's authenticated people. No issue. If you do something online and it's stupid, you've killed your reputation. On the other hand, you could have a meetup username with a made-up photo. 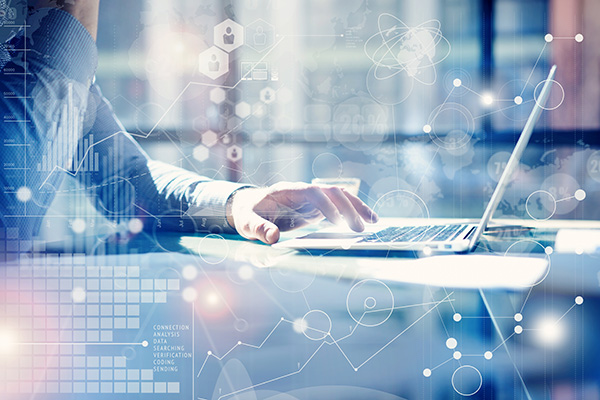 In between that, there's this concept of pseudo-anonymity, where you are a real person. You do have a membership to an organization. Maybe you live or work there. You could be a Coca-Cola employee but you've got a username that you've created that isn't linked to your real world. How do you think we will engage in the metaverse when you talk about living, working, and playing?

These environments are very interesting because there is a lot of optionality for people. In Web3, there's anonymity in many ways to be able to activate a wallet and transact very anonymously in many cases because of decentralization in general. At the same time, there is value in having an identity that people understand, trust or relate to, maybe in the physical world. The same thing applies virtually. In this virtual setting, someone could interact with your pseudo-identity and prefer that one. The movie Ready Player One demonstrated that. Throughout the movie, they were interacting in one way.

They realized at the end that the character was someone else. The idea is that in the metaverse, that optionality is definitely a feature of the opportunity to be able to play different parts of your life in different ways. If you are likely doing some kind of banking transaction or government transaction, you likely have to be your real identity. If you are playing a game or doing something that's more entertainment-focused, you don't necessarily have to be your identity.

In the real world, we are sometimes, and I don't want to say pseudo-identity because it's not an identity we choose but an identity that the world around us the society chooses. You might be a parent in one context, you might be a student in another context, and you might be guest number 322. God forbid, you are a United Airlines passenger sitting in seat 34-C, which is a bad seat. Even extending that further, we do have a choice too.

Human beings like to interact with each other but sometimes it's not about what your name is or even how you look. Many would argue that it shouldn't matter how you look. You take these fancy dress parties that are very common during Halloween, and there are fancy dress parties all the time. People love going to them. At that point in time, you are Mickey Mouse, Tarzan or whatever you want to be.

The metaverse gives you the option to be anonymous or not. It gives you an opportunity to be able to play different parts of your life in different ways.

People enjoy playing identity and having something more in common in terms of what we agree on. What I mean by that is not the color of your skin or your identity. Age is a tricky one because age is something that is a governance issue but it might be that we are in the same bar or we like the same movie. In the virtual world, that's represented by NFTs, which signify membership in a community. It’s the same reason why this crazy concept that people may have heard of these monkeys, the Bored Ape Yacht Club, people are buying these digital avatars that are extremely unique, and even some celebrities are using them. How much are they going forward? Do you know?

Millions of dollars. It’s $20 million to $30 million. They never go up every week.

That, to me, was the first time I fell. This isn't just some random digital art. This is a membership people are seeking. That's where the interest in bridge happens in the metaverse and the real world because we all want to belong somewhere. We want to be identifiable with a group.

The communities and which is what you are referring to when you are talking about Bored Ape Yacht Club or any of the other communities in Web3, is another aspect of enabling identity for people in different parts of their life. They could be an executive in the real world but they represent themselves as some other type of avatar that maybe represents some other part of their personality that they want to put out there.

Utilizing Decentralized Finance in Land Building in the Metaverse - Youtube

Can You Bring Crypto to the Real Estate Market? - YouTube

Zain Jaffer is an accomplished executive, investor, and entrepreneur. He started his first company at the age of 14 and later moved to the US as an immigrant to found Vungle after securing $25M from tech giants including Google & AOL in 2011. Vungle recently sold for $780m.

His achievements have garnered international recognition and acclaim; he is the recipient of prestigious awards such as “Forbes 30 Under 30”, “Inc. Magazine’s 35 Under 35,” and the “SF Business Times Tech & Innovation Award.” He is regularly featured in major business & tech publications such as The Wall Street Journal, VentureBeat, and TechCrunch. 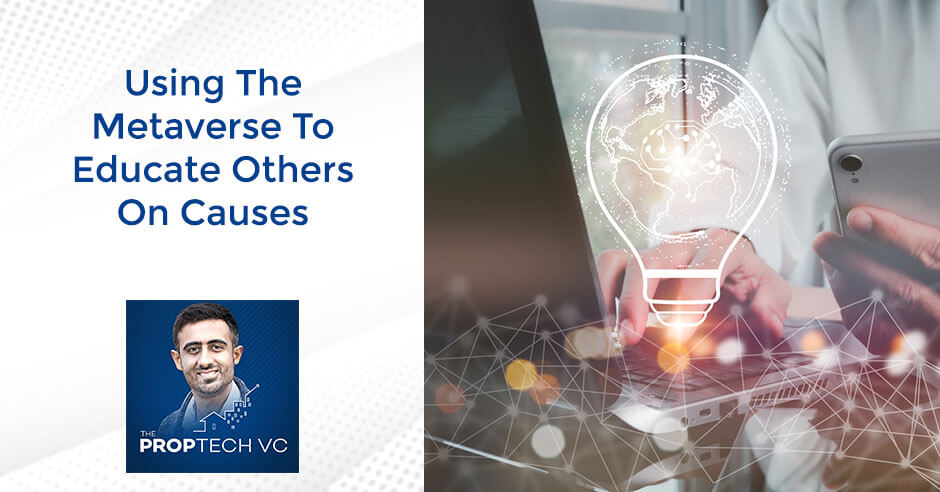 Hrish Lotlikar
Using The Metaverse To Educate Others On Causes 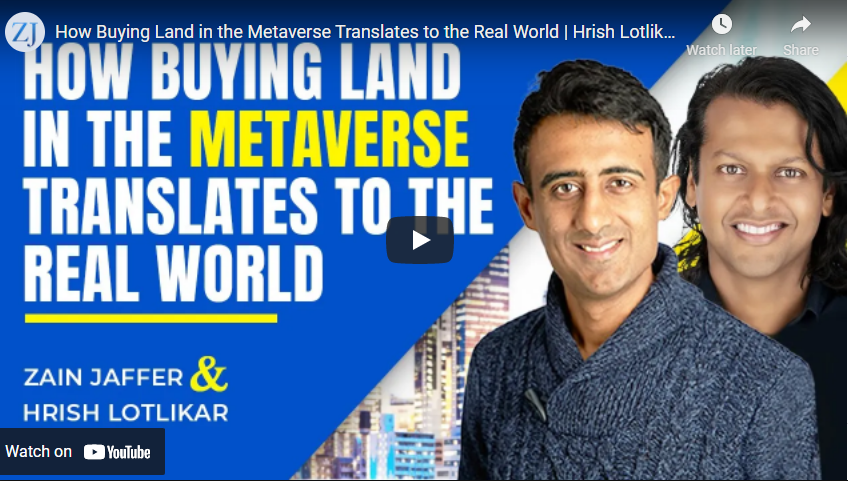 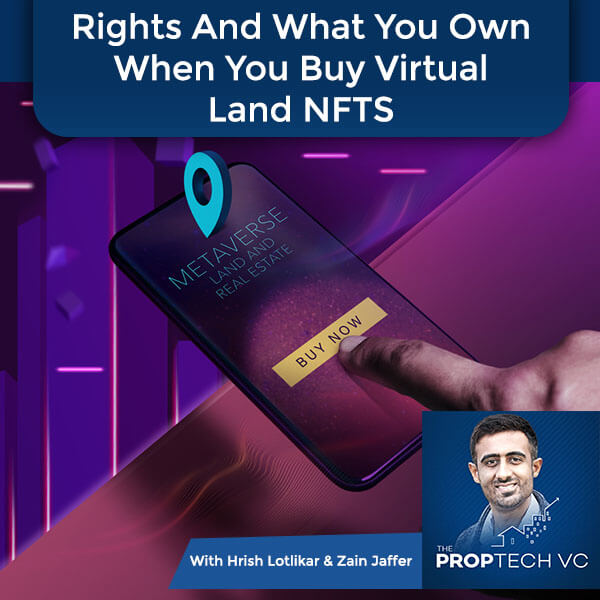